A Survation poll conducted in February 2015 showed almost four-to-one support for a deposit return system in Scotland, in a major boost to the campaign. In response to the poll, Lang Banks, WWF Scotland’s director, said:

“Deposit and return systems which encourage refilling and recycling have been shown to work successfully elsewhere, so it’s very encouraging to see the vast majority of Scots would welcome their introduction here. We currently live very wasteful lifestyles which in turn damages nature and our climate. And, if everyone in the world used the amount of resources we do, we would need three planets to survive. Therefore, reducing the amount of waste we produce coupled with achieving much higher levels of recycling is essential if Scotland is reduce its environmental and carbon footprints.” 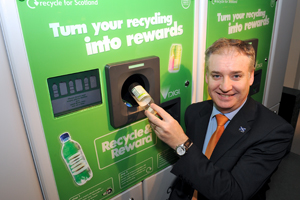