Tell the Scottish Government we need an ambitious deposit return system that includes all bottles and cans!

We’re in a crucial period that will decide how ambitious Scotland’s deposit return system will be. We’re hopeful that the Government will commit to a well-designed, accessible and fair deposit return system. At a minimum, it should include glass, cans and all plastic drinks containers. We should also keep as much of the material in Scotland as possible so we create new jobs in recycling. 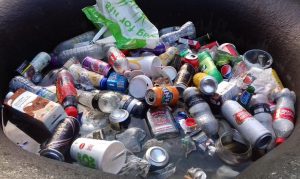 Where Scotland leads the way, we hope the rest of the UK will follow, and we’ll end up with systems that work well together for both people and business. Such a system will help to solve the problem of an estimated 140,000 drinks containers that become litter every day in Scotland!

Taking action is so important now because we think in the next few weeks, the Scottish Government will announce the details of Scotland’s deposit return system.

The good news is that this very positive motion (click to view) has been put down at the Scottish Parliament. It is important that lots of MSPs from all parties back this motion to show there is broad support for a comprehensive deposit system.

That’s why we need you to click here and email them now to say that you support an ambitious scheme that really tackles pollution. If you have time, it would be helpful also to tell them why you care about getting this system right. That could be because of concerns about plastic pollution, litter, costs to councils, recycling rates or climate change.

Thank you so much for your support for Scotland’s deposit return system.