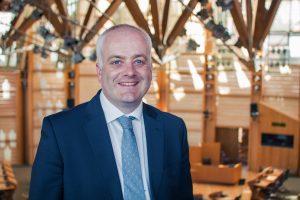 Many of us have fond memories of taking back our juice bottles to the local shop as kids. It was fun to get some change to spend and the hunt for bottles I’m sure woke many up to the idea of running a business for the first time. Later as a student, I helped run a can recycling scheme on campus. It was dirty work emptying the bins and crushing the cans, but we made a tidy sum for charities and were amazed at the volumes coming in.

Over the years recycling targets from Europe have forced councils to bring in household recycling schemes. The days of putting all our rubbish in a festering hole in the ground is coming to an end, but the volumes of waste show little sign of going down. My own household collection bin for plastic and cans is a heap of jumbled material, much of it low grade and low value for processors. Walking around my community I continue to see plastic bottles and cans simply littered, apparently worth nothing to nobody.

It’s time we got some of the value back into recycling, while driving the rate up further and creating strong incentives not to litter.

I’ve just come back from a study visit to Oslo where a deposit return scheme for drinks bottles and cans is thriving. The front end of the scheme is remarkably simple for consumers and shopkeepers to take part in.

A deposit is paid by the consumer, which they then get back from the shop when the bottle or can is returned. Smaller shops fill bags with the empties, while bigger retailers have a reverse vending machine where bottles and cans are fed in automatically. Consumers can choose to get cash back or they can claim a charity lottery ticket instead. There is no mess or fuss and the full sealed bags get collected by the scheme operator every couple of days.

At the operators’ plant the bags are opened and the contents sorted using a high tech waste segregation system. Each can or bottle is sorted and scanned so the numbers can be precisely accounted for within the system. The materials then go for recycling and end up back as new bottles and cans to be used again by the producers.

The system works well because the Norwegians have the backstop of a tax on packaging to be paid by the producers. It has forced the industry to come up with an innovative system of return that is far cheaper to run than paying the tax. It’s also saving their councils money as they no longer need to collect materials that are difficult to sort through. Recycle rates for bottles and cans are going up and it’s rare to see them ending up as litter.

I’ve been arguing for a similar scheme in Scotland for years and am pleased the Scottish Government is now consulting on introducing one. It has to be ambitious though, capturing as many types of drinks packaging as feasible with a strong financial incentive for industry to rise to the challenge.

All retailers should be included to make it work well. There is a big advantage for them in that the scheme will bring customers in through the door with their empties, while the returned deposit will often get spent before customers even leave the shop.

With a simple Norwegian style scheme there is even space for charities to collect their own cans and bottles just as I did years ago, but without the hassle. It’s time Scotland got an ambitious system in place that puts some of that value and fun back into recycling again.